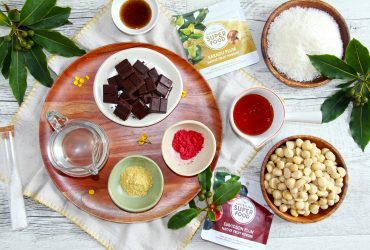 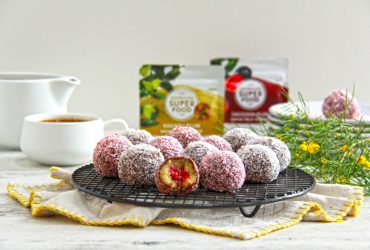 These Lamington Bliss Balls are our take on the ever-so humble, iconic Australian Lamington. We’ve taken the traditional cube of white sponge cake and turned it into a healthful raw treat. Combining macadamias, coconut, and a little Kakadu Plum powder, with a few complementary ingredients, to create a creamy, decadent mixture. We’ve then shaped them into balls, dipped them in melted dark chocolate, and rolled them in our special Davidson Plum Coconut Coating. Oh, and let’s not forget that little pop of raspberry in the centre. We’re certain even the purists would agree, this little raw Lamington treat deserves to be celebrated and at the very least, a shot at the title. 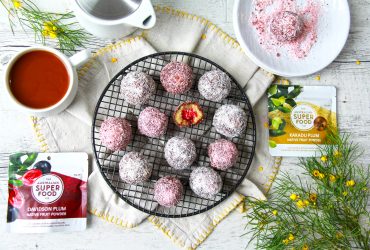