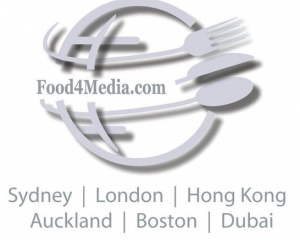 “The Australian Superfood Co launched a little over two years ago, the same week we found out I was pregnant with Mila. Since becoming a mum, I essentially continue to work two jobs (just with a lot more support at work and at home). The challenges both as a mum and as an entrepreneur have evolved but the flexibility allows me to be present in both areas of my life. To be awarded Rising Star in the 2017 AusMumpreneur awards and to be part of such an esteemed group of women is an honour and a privilege.”

Prior to founding The Australian Superfood Co, Hayley Blieden (BNutDiet, M.B.A.), worked as a dietitian for the North Melbourne Football Club and various agencies.  She always knew she didn’t want to follow the traditional dietitian’s path, choosing instead to focus on designing foods to enhance the way people feel and perform. A growing global interest in health and foreign superfoods ignited Hayley’s curiosity about Australian superfoods, so she began researching what our country has to offer.

Hayley explored the nutritional content and current farming practices of Australian bush tucker. These superfoods have exceptional nutritional qualities, which far exceed many of the more commonly known (imported) superfoods. Kakadu Plum, for example, has 100 times the vitamin C content of an orange.

The Australian Superfood Co (TASC) celebrates native Australian bush ingredients.  Through a unique range of dietitian created ingredients and products TASC shares these ancient superfoods with the world and promotes prosperity and wellbeing in Indigenous communities.

TASC is one of the only commercial brands harnessing and promoting Australia’s native ingredients. Non-Indigenous Australians have largely remained unfamiliar about the value of native superfoods, often clearing native bush to plant crops of imported seeds.  By increasing the awareness, accessibility and affordability of Australian native bush ingredients, The Australian Superfood Co aims to increase demand and help to make a cottage industry thrive into a booming industry.

Hayley realised the added benefit that Indigenous communities could gain from collecting and cultivating bush tucker. Hayley works closely with indigenous communities and local growers to source the fruits, herbs and seeds. TASC is also working closely with an Aboriginal community in the Northern Territory to increase employment opportunities for indigenous Australians as well as providing funding to improve living conditions for aboriginal youth through various community programs.

This Melbourne based company is only two years old but Australia’s hospitality world is embracing The Australian Superfood Co’s native fruit powders, herbs and spices. Heston Blumenthal is using Davidson Plum and Mountain Pepper Leaf in his Cocktails. Ben Shewry is using Finger Lime at Attica. As well as Matt Stone at Oakridge, Jarrod Di Blassi at Ezard to name a few. Gin, beer, whisky, honey, Kombucha, cookie and chocolate makers are also including these Aussie bush ingredients into their recipes for their nutritional value, flavours and vibrant colourings.

Our freeze-drying techniques allow for constant supply year-round while maintaining the nutritional value of the whole fruit. Our vision is to build more commercial relationships with universities and indigenous communities to rehabilitate old mining sites and plant native produce.

For the full story, see here.