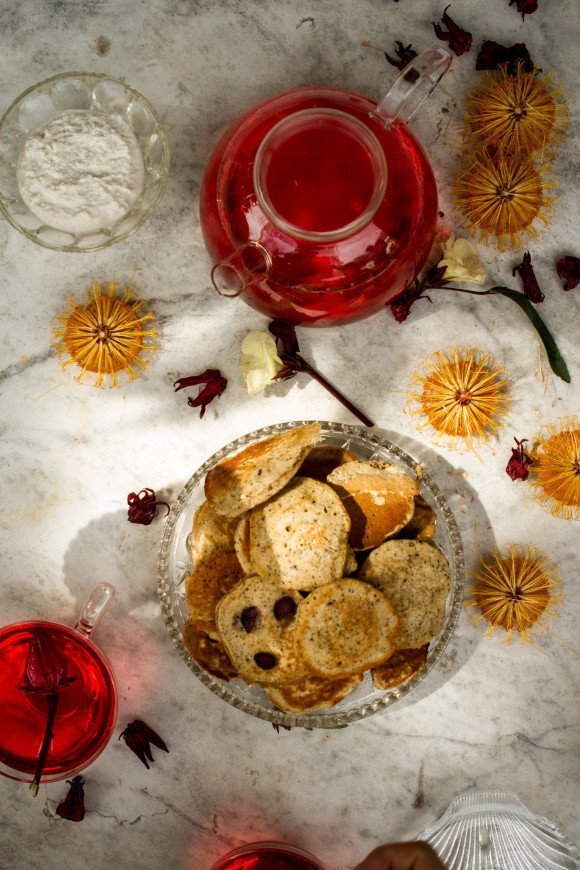 A recipe for Native Pikelets, containing some of Australia’s bountiful superfoods!

The recent popularity of so-called “superfoods” has been a hot nutritional topic for the past few years. And while the trend can sometimes seem a little hyperbolic, many of these nourishing, plant-based extracts, usually available in powder form, have their origins in indigenous wellbeing practices. Our ancestors discovered and cultivated their native roots, berries, seeds and leaves to bolster longevity, treat ailments and provide critical nutrients when sustenance was sparse. Usually these plants thrived even in arid and barren conditions, and their adaptogenic qualities—hardy in the face of ecological adversity—were prized for imbuing the forager with those same qualities. Think of now-popular super foods such as maca from Peru, ginseng from China, and holy basil (or tulsi) from India. Known as the “ancient healers”, today they are more coveted for their health and beauty-boosting powers. But perhaps lesser known is the bounty of native Australian superfoods, which thrive in one of the Earth’s most sun-scorched landscapes.

There’s Kakadu plum, high in vitamin C with hydrating and antiseptic properties; antioxidant-rich Davidson plum; anti-inflammatory quandong, and disease-fighting finger lime and lemon myrtle (great as a tea), among others. You can find them from companies such as The Australian Super Food Co. who have harnessed the potency of these ingredients, making them easy to blend into smoothies, sprinkle on salads and bake into muffins. “I first became interested in native ingredients while doing some research at university over ten years ago,” says Queensland-based food stylist and recipe writer Hannah Archibald of The Seasonal Circle. “I came across the Kakadu plum, which was found in the 1980s to have the highest level of Vitamin C than any other known fruit at the time. It was gaining a bit of interest as a potential ingredient in health and skin supplements and I was interested in its horticultural development.” Some of Archibald’s other favorites include “native finger limes, pepper berries and lemon myrtle–all have become more accessible in recent years and are very versatile. Finger limes are being heralded as the next macadamia nut in terms of popularity, and I love incorporating Illawarra plums and Davidson plums into dishes for their high antioxidant content.” 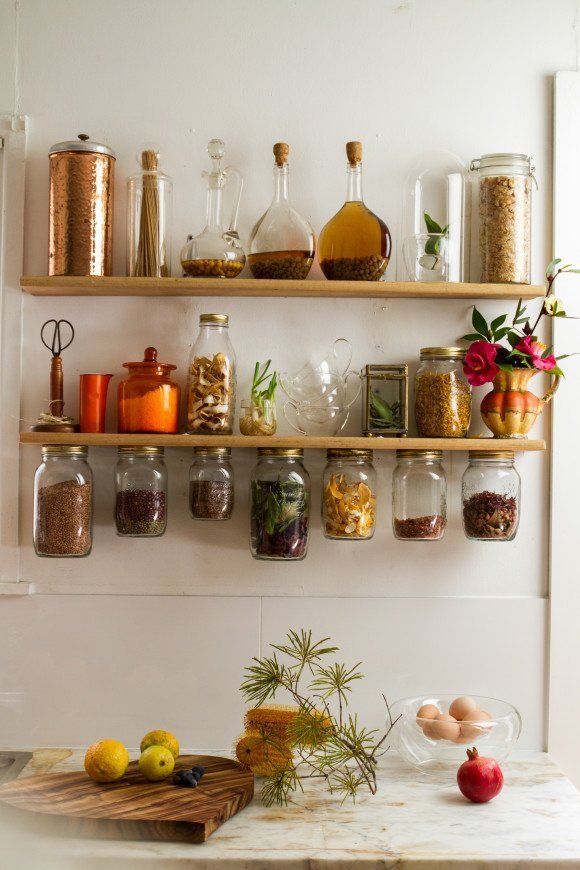 For inspiration on how to use these goodies in our cooking, we looked to the charming and irreverent online food ‘zine Dish Pig, which often collaborates with Archibald on recipes. Founded by Georgia Ashdown, a former fashion magazine stylist and producer, the ‘zine aims to discover the new and next in food, and act as an outlet for the community of creative folks in food, hospitality, photography, art, fashion, architecture and design. Here, Dish Pig shares Archibald’s recipe for Native Pikelets (that’s pancakes to those in America!) with macadamia nut cream and Davidson plum jam.