In Australia, Noma Forages for Ingredients and Inspiration

04/03/2016
News / In Australia, Noma Forages for Ingredients and Inspiration

It seems Australians aren’t the only ones excited about Australian Superfoods. An article from The New York Times uncovers these ancient sources of nutrition celebrated down under by chef Rene Redzepi to U.S readers. 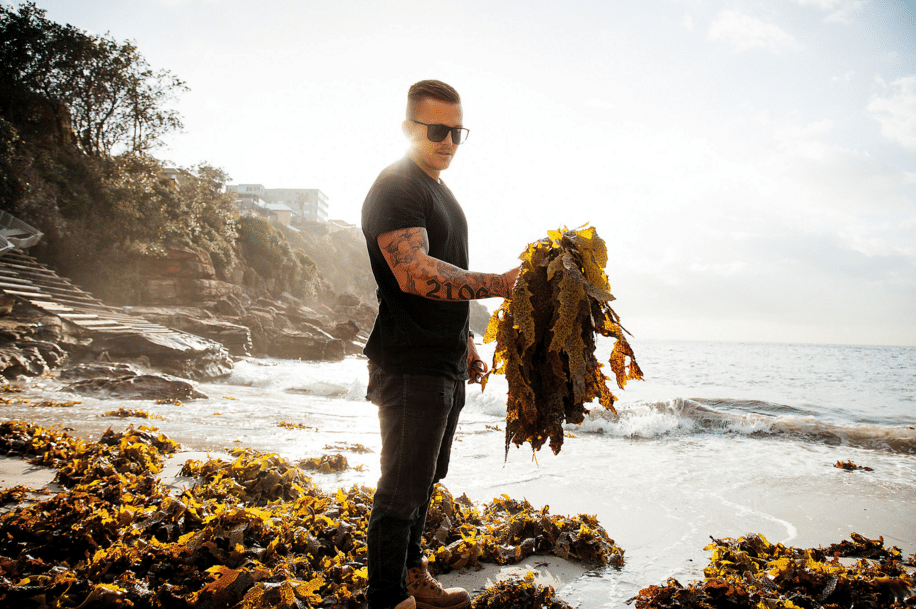 In Mr. Redzepi’s eyes, the Noma Australia menu, with its reliance on ingredients rustled up by Mr. Holland and Mr. Larsen, is something of a tribute to the aboriginal people who once depended on them. Photo: Paul van Kan

SYDNEY, Australia — On the menu that comes to the table at the end of the meal, it is described simply as “abalone schnitzel and bush condiments.”

But those words don’t really do justice to the delicious eccentricity of the dish, part of a 10-week pop-up being staged here, through April 2, by the team from Noma, the Copenhagen restaurant famed for foraging indigenous ingredients and weaving them into a new kind of contemporary cuisine.

Looking like a Seder plate from one of Saturn’s moons, the schnitzel dish involves a tender, crispy-battered half-disk of abalone surrounded by an orbiting green array of native Australian delights, a few of which are obscure enough that most Australians would never consider eating them.

There’s Neptune’s necklace, a seaweed whose briny pods pop in your mouth, and finger lime, whose minuscule capsules offer a contrasting squirt of tart citrus. There’s mat-rush, which grows along the coast and looks like a leek. There’s even a bunya nut, which may have been a favorite snack among the dinosaurs, and another nugget from a rain forest tree called the Atherton oak.

“There’s surprise here,” said René Redzepi, the chef who has powered Noma to global fame over the last decade. “Genuine surprise. That is the X factor.”

Back in Denmark, Mr. Redzepi and his chefs work with people like Michael Larsen, the restaurant’s full-time forager, to devise dishes based on wild ingredients from the Scandinavian landscape. The high-stakes creative challenge that he has embraced here is to try to do the same thing with wattle seeds and spanner crab and magpie goose — ingredients that, until a few months ago, he knew much less about.

Before skeptics begin grumbling about cultural appropriation and a planeload of Danes “discovering” ancient sources of nutrition, it’s important to note that the Noma team is diverse, filled with talent from around the world: Asia, Latin America, the Bronx and Australia itself.

And lately this sort of cross-cultural pollination has become a common pursuit in culinary circles. Alinea, the pioneering Chicago restaurant, recently staged a pop-up in Spain. For weeks, the Copenhagen chef Bo Bech has been hosting his “Bride of the Fox” pop-ups in New York with ingredients from up and down the East Coast. The Japanese-American chef Niki Nakayama has masterminded a kaiseki approach at n/naka, her Los Angeles atelier, using the bounty of California.

To bolster their understanding of what grows in Australia, after staging a similar pop-up in Japan last year, Mr. Redzepi and Mr. Larsen have turned to locals like E. J. Holland, a voracious and loquacious 23-year-old chef and forager who has a habit of dashing into the bush, shirtless and barefoot, with a bowie knife in hand.

Along with a squad of kitchen interns from Noma, and usually in tandem with Mr. Larsen, Mr. Holland gets up before dawn almost every morning in Sydney and spends hours bounding through the Blue Mountains, along the watercress-patchy hillsides near the famous waves of Bondi Beach, and into quiet suburban neighborhoods to gather wild edibles.

“These are peppercorn trees,” he announced with a nod on a recent expedition as he drove on a nondescript Sydney thoroughfare. “They’re covered with pink peppercorns.”

Wild fennel, lemon aspen berries, scurvy weed, a diaphanous herb called “slender celery” — Mr. Holland seems gifted with the ability to spot them all from the corner of his eye while driving. (He once detected a vast supply of wild garlic by catching its scent during a run along the beach.)

He pulled his truck over to the side of a highway to snatch foliage that diners at Noma might devour later that same day. “This is lantana,” he said. (On the Noma menu, the delicate blossoms accompany a scallop pie.)

“See this? All these leaves?” Mr. Holland went on. “That is beautiful wild ginger.” He reached for a clump of dark-pink berries, and then divvied out sour samples by the side of the road. “These are lilly pilly,” he said. “A lot of this stuff just grows everywhere, to be honest.”

But a lot of it grows in hidden places, and one of Mr. Holland’s core skills is a knowledge of where those out-of-sight troves await. When Mr. Redzepi was searching for Australian foragers to help with the pop-up, Mr. Holland appeared with a truck full of curious bounty, enough to cover two big tables after it had been unpacked. Mr. Redzepi was impressed; Mr. Holland was disarmed.

“He talked to me as if I’m a mate, which is really cool,” Mr. Holland said. “I’ve had his books for ages. He was one of my mentors before I even met him.”

At one point in a daily quest in February, Mr. Holland parked his truck near a suburban park, charged into a tangle of brush and swooned over some succulent sandpaper figs that were sprouting straight out of the trunk of a tree.

“This is my recent jackpot,” he said. “You can’t buy this anywhere. Nobody sells it.” His timing was good. Later in the day, Beau Clugston, a Noma chef with roots in Australia, called Mr. Holland’s cellphone with a request from the kitchen.

“What’s the chance of getting some of the figs — the sandpaper figs?” Mr. Clugston asked. Late in the same afternoon came a panicky kitchen plea for watercress, which sent Mr. Holland and Mr. Larsen racing out with their shears to a walkway near Bondi Beach during rush hour.

Back at the site of the Noma pop-up, overlooking Darling Harbour, Mr. Redzepi talked about how foraging is “intricately a part of what we do.”

“To me it’s a skill set that’s as important as learning to braise,” he said. “It’s paramount.”

There are many notable Australian restaurants — such as Rockpool, Sepia, Bennelong and Billy Kwong in Sydney, as well as Attica in Melbourne — that incorporate native ingredients. But Mr. Redzepi is Danish (by way of Macedonia, his father’s homeland) and has a built-in fondness for the most arcane weeds, seeds, nuts, rushes and sea creatures. Without local assistance, the vastness of an entire continent would have been paralyzing.

In Mr. Redzepi’s eyes, the Noma Australia menu, with its reliance on ingredients rustled up by Mr. Holland and Mr. Larsen, is something of a tribute to the aboriginal people who once depended on them.

“They’ve had a way of cooking and surviving for thousands of years,” he said. “What we’re doing is not new. We are dealing with things that are as old as time itself.” Then again, the flavors and textures are new — even shockingly so — for most of the pop-up’s visitors.

“To tell you the truth, it’s the only restaurant in the world right now where you can get this,” Mr. Redzepi said. “How often do you actually get to experience new things?”