By Alice in Frames

The sneaker-wearing Italian chef has gone from almost being chased out of his home town of Modena for trying to mess with the regional cuisine to having his restaurant Osteria Francescana voted No. 1 in the World’s 50 Best Restaurants this month. Softly spoken and introspective, Massimo’s food philosophy is gleaned from tradition, art and culture. Best known for his witty dishes, such as Five Ages and Textures of Parmigiano Reggiano and the accidental-on-purpose Oops I Dropped the Tart, he encourages everyone to get more playful with food. 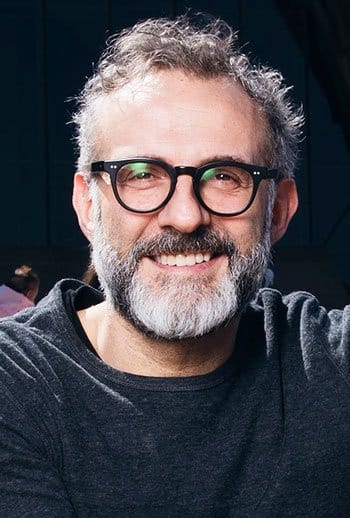 For busy urban dwellers who want high-quality produce but can’t get to the market, the ultimate solution is get someone else to do the heavy lifting. There’s something to suit varying levels of indolence: from market-direct shopping list deliveries such as YourGrocer.com.au, or subscription ingredient drops like Ceres’ fruit & veg boxes, to full meal kits (complete with recipes) from Culinary Carton. There’s no excuse to order takeaway – unless you’re trying fine dining at home!

Its anti-inflammatory properties have long made turmeric a staple in Indian Ayurvedic cooking but its oh-so-grammable golden glow is super hot right now. Grate it fresh into smoothies and salads, or tap a teaspoon into curries and soups. Combined with also-HRN (hot right now) coconut and cinnamon, the Golden Latte is cropping up everywhere. Ask for yours “naked” without the “latte” bit – just honey and lemon on the side.

Forget salted caramel macarons, because the rise of the rock-star croissant is being driven by more than just yeast and dough. Whether it’s Agathe Patisserie’s tiger-striped croissants at the South Melbourne market, a world-famous three-course croissant degustation from Lune in Fitzroy (recently named the world’s best croissanterie by The New York Times) or the lemon myrtle-laced version from just-arrived rock-star Parisian patissiere Gontran Cherrier, Melburnians are mad for them.

It’s cold, you’re hungry, the fridge is empty – sounds like you’re going out for dinner, right? Wrong. What is this, 2010? These days, even the fanciest places deliver; think UberEats, Foodora and the peloton from Deliveroo. With restaurant leases going through the roof, some skilled chefs are simply shirking the system and cutting out the middle-man. Services like Endulj, with former Pei Modern chefs Matt Germanchis and Vikram Singh at the helm, are cropping up to deliver hatted-quality food to the Ugg-booted comfort of your own home. 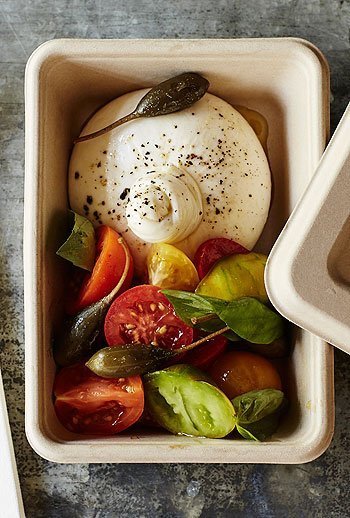 No, it’s not another cross-bred poodle, it’s an excuse to whip out the ol’ spiraliser and give some zucchini a perm. One of the tastier graduates of the #paleo movement (for some reason the “meatza” hasn’t fared as well), this food trend offers an olive branch for pasta lovers who’ve quit pasta. Pour enough hot pasta sauce of your choice over raw zucchini noodles and you can hardly tell the difference. You’ll be able to eat more sauce without loading up on late-night carbs, and get more greens into your diet.

Forget that benchmark golden hue to your baked goods … in 2016, black is the new orange. Whether it’s the black crisps with saganaki at Hellenic Hotel, Kettle Black’s steak sanga on a squid ink roll, tagliolini al nero at Tipo 00, or simply tossed through cuttlefish at Movida, Melbourne’s love affair with black has extended to our food. Try it at home with a jar of squid ink from specialty delis or ask your friendly fishmonger to save you a sac.

This “trend” has been a long time coming … 40,000-odd years, in fact. Chefs such as Attica’s Ben Shewry, Kelvin Shaw at Altair, and Matt Stone at Oakridge have been getting into native ingredients in a big way – from native fruits in desserts to bush tomato consommes and lemon myrtle in, well, everything. It’s extended to snack foods too, such as The Tucker Gang’s bush tomato popcorn and The Australian Superfood Co’s quandong and kakadu plum bars.

Gone are the days of trekking into the CBD for a feed with the fam – look out ’burbs, the chefs are coming. Williamstown has scored Josh Pelham (ex The Estelle) and George Calombaris’ new Hellenic Hotel, Berwick has Shannon Bennett’s former group chef Chris Bonello at MPD Steak Kitchen, while young upstart (ex Estelle) Jake Kellie has set up shop in Pakenham at the Lakeside Mill. I’m not complaining; parking’s easier and the menus please even the fussiest family members.

If it’s the simple things in life that have us going ga-ga this year, then roast chook is about as good as it gets. It’s on Philippe Mouchel’s menu at his newest venture, Philippe (because if he takes it off there’ll be rotisserie riots), L’Hotel Gitan serves it up on Wednesday nights, Leonard’s House of Love stuffs theirs with cheeseburgers (true story) and Henrietta’s Chicken Shop serves its free-range, heritage-breed chooks with crinkle cut chips (the fanciest chip of them all).